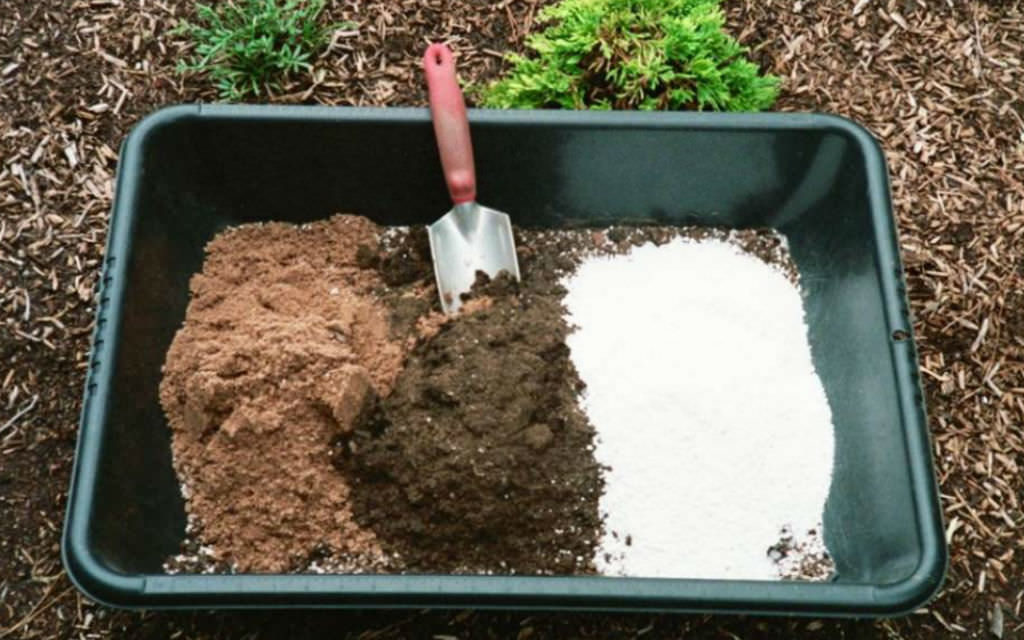 Starting a garden shouldn't cost you an arm and a leg, but quite the opposite: it should SAVE you money, and that's where this DIY potting soil recipe comes in! Learn how to make your own potting soil, give your garden the best and most organic elements, and save money all at once! Potting soil can become very expensive, especially if you're growing more than one crop, so this DIY potting soil  will change the way you garden!

Using the right potting soil is one of those gardening secrets that everyone knows and no one talks about! Grabbing any kind of soil to plant your fruits or veggies isn't going to work in the long run, so having the RIGHT soil can make all the difference!

But what exactly IS potting soil?

Did you know that potting soil doesn't actually contain any soil at all? Also called potting mix, potting soil is basically a soilless blend of ingredients that aids with plant growth. Potting soil is the best medium for growing plants in pots. It's great for starting seeds, potting houseplants, rooting cuttings, and potting flowers in hanging baskets.

So why make your own potting soil?

There are many advantages to making your own potting soil and these include:

Here are some things you should keep in mind before making your potting soil.

Lighter, fine textured potting mix will be best used for starting seeds and rooting cuttings.
Potting mixes that contain a high amount of coarse sand or pine bark will be best for trees and shrubs.
Potting soil with sandy or gravely texture is ideal for succulents and cacti.
A general, all-purpose potting soil is great for vegetables, annuals, perennials, and tropical plants.

How Much Mix Do You Need?

Potting mix is usually sold by volume and measured in quarts, and most pots are measured by their diameter. Use the reference table below to translate quarts of mix into different pot sizes.

What is Coconut Coir

5 Ways to Get Rid of Tomato Hornworms

How can this be possible… vermiculite is the cancer causing insulation that is costing a fortune to remove from attics through Canada.

While vermiculite IS also used for insulation, it’s also a natural mineral that’s used as a moisture-retentive medium for growing plants and is perfectly safe.