How to Grow Cilantro Indoors – a DIY Gardening Guide 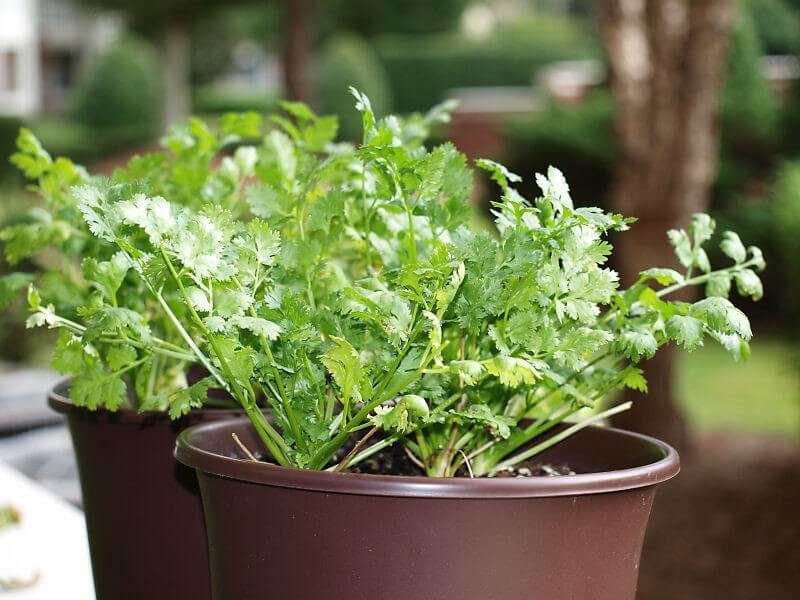 Cilantro (also known as coriander) is generally a cool weather crop, but it can be grown successfully indoors during the winter. Also called Chinese parsley, cilantro is a fast-growing annual that forms a thick rosette of leaves which may grow to two feet in height before going to seed. Cilantro bolts easily in hot weather, so it is best grown in spring or fall in most areas. To learn how to grow cilantro indoors, follow this gardening guide and in no time, you'll have beautiful, healthy cilantro plants right in your kitchen!

How to Grow Cilantro Indoors – Temperature

Most types of cilantro are also resistant to heat and don't form seed until temperatures reach at least 60-65 degrees Fahrenheit (16-18 Celsius). The cilantro you find in the store is often cilantro that was grown in cool climates and harvested before it went to seed.

How to Transplant Cilantro Outdoors

Coriander can be sown directly into the garden, but you'll get a better crop if you start cilantro indoors four or five weeks before transplanting outside after all danger of frost has passed. Cilantro likes loose, rich soil and the transplants can be spaced about fourteen inches apart.

How to Water Cilantro

Cilantro loves water and it will grow best with plenty of water, especially during the flowering stage when it is producing seed. If cilantro becomes tough or woody, it's usually a sign that it wasn't given adequate water. Cilantro will also bolt to seed quickly if temperatures rise too high.

How to Harvest Cilantro

Cilantro can be harvested by simply cutting off the seed head with a pair of shears, usually about two weeks it has gone to seed. If you let cilantro go to seed it will provide an abundance of seeds for use in the kitchen. Harvest cilantro frequently and keep it watered during hot weather to encourage it to grow quickly.

Cilantro can also be harvested by pulling the entire plant out of the ground when harvesting, but cilantro grown in containers will tend to rot if you do this.

You should always harvest cilantro before it goes to seed if possible. Store cilantro in the refrigerator for up to two weeks if you don't have time to use it right away after harvesting.

How to Grow Cilantro Indoors Properly

If you are growing cilantro indoors, it will probably grow best in a sunny window with lots of natural light, but it can also be grown indoors under fluorescent lights. Cilantro usually isn't bothered by insects indoors, but cilantro grown outdoors may be attacked by aphids or other cilantro-eating pests.

Cilantro is delicious in salsa, stew and sauces. The plant can turn bitter if the seeds are allowed to mature on the plant, so it's usually best to harvest the cilantro plant before the seeds fully develop.

So now that you know how to grow cilantro indoors, it's time to roll up your sleeves and get to planting!

How to Grow Sesame Seeds AKA Benne Seeds

How to Grow Horseradish

How to Grow Spirulina at Home