How to Grow Saffron Indoors 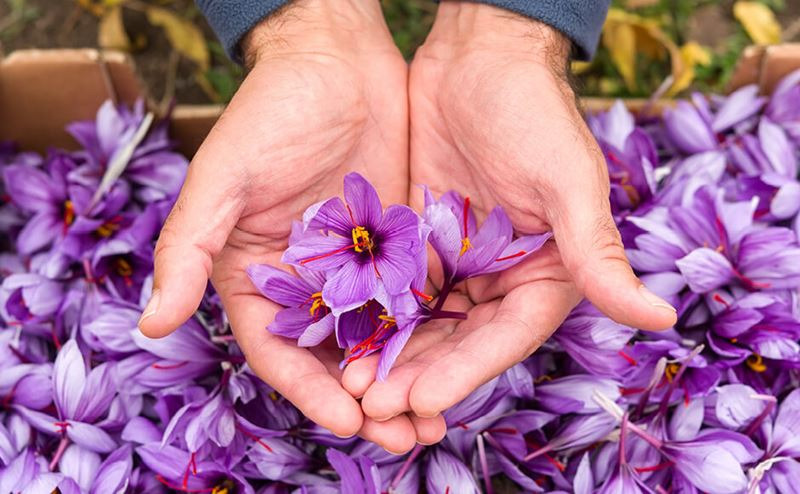 Saffron (Crocus sativus) is a fall-blooming herb that produces beautiful purple flowers. The stigmas of these flowers are harvested and dried to create the popular spice known as saffron. While saffron is usually grown outdoors, it is possible to grow it indoors with the right conditions. Keep reading to learn how to grow saffron indoors.

How to Grow Saffron Indoors

To grow saffron indoors, you will need a sunny location and well-drained soil. Saffron bulbs should be planted in the fall, about 6 weeks before the first frost. Plant them 2-3 inches deep and 4 inches apart. Once they sprout, keep the soil moist but not soggy. Fertilize monthly with a balanced fertilizer.

The most challenging part of growing saffron indoors is getting the plant to bloom. In order for the plant to bloom, it needs a period of cool temperatures (below 50 degrees Fahrenheit) for about 12 weeks. This can be accomplished by putting the pot in an unheated room or garage during the winter months. Once the plant blooms, harvest the stigmas and dry them for use as a spice.

How to Harvest Saffron

Saffron is harvested from the stigmas of the Crocus sativus flower. These flowers bloom in the fall and must be harvested by hand. Each flower only produces a few stigmas, so it takes many flowers to produce even a small amount of saffron. To harvest saffron, gently remove the purple flowers from the plant. Be careful not to damage the stigmas. Once all of the flowers have been picked, carefully remove the stigmas from the flowers. These can then be dried and used as needed.

How to Store Saffron

Dried saffron should be stored in an airtight container in a cool, dark place. It will keep for several years in this manner. Fresh saffron can be stored in the refrigerator for a few weeks. It can also be frozen, but this will cause the color and flavor to deteriorate.

Saffron tea can be made ahead of time and stored in the fridge for up to a week. To get the most flavor from your saffron, grind it just before using. This can be done with a mortar and pestle or in an electric spice grinder. Saffron is best used fresh, but it can also be stored for later use.

The History of Saffron

Saffron is a spice with a long and storied history. The plant it comes from, Crocus sativus, is native to the Mediterranean region. Saffron was first mentioned in written history around 1500 BCE, in a tablet found in the ancient city of Ur. In this tablet, saffron was listed as a medicinal herb used to treat a number of different ailments.

Saffron quickly gained popularity and became associated with wealth and luxury. It was often used as a currency or traded for other goods. Saffron was also used as dyestuff and perfume, in addition to its culinary uses.

The earliest known recipe that includes saffron is for kykeion, a Greek broth made with lamb, wine, and saffron. Kykeion was considered a dish fit for the gods and was often served at banquets. Saffron is still used in many Greek dishes today. Saffron has also been used in Indian and Persian cuisine for centuries. In India, it is most commonly used in rice dishes, while Iranians use it to flavor sweets and stews.

Nowadays, saffron is grown all over the world. Iran remains the largest producer of saffron, followed by Spain and Italy. However, the United States is also becoming a major producer of saffron. California alone produced more than 5 million dollars worth of saffron in 2016.

How to Use Saffron

Saffron can be used in many different ways. The most common way to use saffron is to add it to food. It can be used to flavor rice, soups, stews, and even desserts. A little bit of saffron goes a long way, so only a few strands are needed to flavor a dish.

Saffron can also be used to make tea. Simply steep a few strands of saffron in hot water for 5-10 minutes. This tea has many health benefits and is said to be helpful for everything from indigestion to depression.

Saffron can also be used in skincare products. It is believed to have anti-inflammatory and antioxidant properties that can help to improve the skin. Saffron can be found in face masks, scrubs, and soaps.

How to Grow Snapdragon Flowers: A Guide to Growing & Caring For Snapdragons

Winter Flowers: 17 Flowers That Bloom in the Winter

How to Grow Tiger Lilies In Your Garden

How to Grow Bleeding Heart Flowers