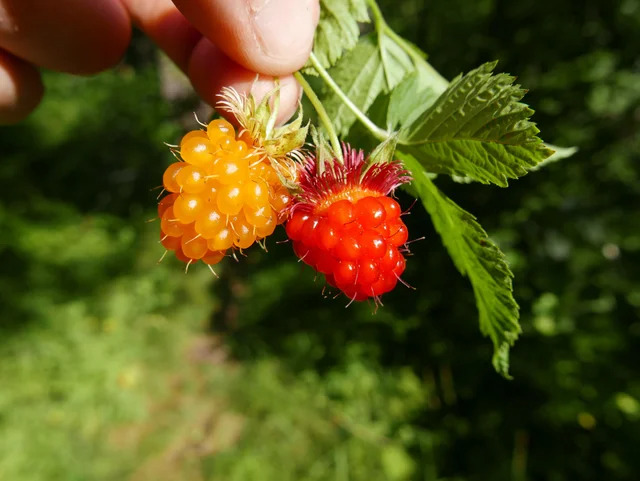 Summer is a great time to get out in the garden and try something new! If you're looking for a unique fruit to add to your garden this year, why not try salmonberries? Read on to learn all about these deliciously tart berries.

Salmonberries are members of the rubus family, which includes raspberries, blackberries, and cherries. They are native to the west coast of North America, from Alaska to California. Salmonberries are usually red or orange, but can also be yellow or white. They have a tart flavor that is often used in pies and jams.

The History of Salmonberries

Salmonberries have been part of the diet of indigenous peoples on the west coast of North America for centuries. The berries were an important food source for the Haida, Tlingit, Tsimshian, and other tribes. Salmonberry was also used as a medicine by some tribes. The berries were boiled and the resulting liquid was used to treat colds and fevers.

How To Grow Salmonberries

If you live in an area with a cool climate and ample rainfall, you can probably grow salmonberries in your garden! Salmonberries prefer shady areas with moist soil. They can be grown from seed, but it is easier to start with a cutting from an existing plant. Salmonberries can also be propagated by layering. To do this, bend a branch down to the ground and bury a few inches of it in soil. The branch will eventually take root and form a new plant.

Salmonberry fruits are borne on 2-year-old canes. After fruiting, the canes should be cut back to encourage new growth. This will also help keep the plants tidy and under control. Salmonberry plants can become invasive if they are not pruned regularly.

How to Identify Salmonberries

Salmonberries can be found in damp, forested areas of the Pacific Coast from southern Alaska all the way down to northern California. The plants grow as a shrub, usually 5-6 feet tall, and are easily recognizable by their paddle-shaped leaves and clusters of bright orange-red berries.

The berries are relatively large (about the size of a marble), and have a distinctively tart taste. When eaten straight off the bush they can be quite sour, but they sweeten up nicely when cooked or incorporated into other dishes.

When Are Salmonberries in Season?
In the Pacific Northwest, salmonberry season typically runs from late April through July. However, since the plants grow at different elevations, some berries may not be ripe until August or September.

How to Use Salmonberries
Since salmonberries are quite tart when eaten raw, they are best used in cooked dishes or as a flavor component in other foods. Here are some ideas for how to use them:

-Mix with yogurt or oatmeal for a delicious breakfast treat
-Add to pancake or waffle batter for a juicy twist on breakfast staples
-Make jam or jelly – perfect for toast or PB&Js!
-Bake into pies or cobblers – top with whipped cream or ice cream for a real treat
-Incorporate into savory dishes – salmonberry salsa is great on grilled chicken or fish

Why Are Salmonberries Called as Such?

The term “salmonberry” is a bit of a misnomer. These deliciously tart berries are actually not related to salmon at all. Rather, they are members of the Rubus genus, which includes raspberries, blackberries, and dewberries. Salmonberries got their name from early European settlers who noticed that the berries ripened around the same time that salmon began to run in rivers. While salmonberries are not currently commercially grown, they can be found growing wild in forests and along streams from Alaska to California. If you’re lucky enough to find some, remember to only pick what you need. After all, these beautiful berries are an important food source for bears, birds, and other wildlife.

What is the Difference Between Grape Tomatoes and Cherry Tomatoes?

How to Grow Jujube Trees